These paintings are about a window that once had a ‘view’ facing west, which it no longer has. The loss of view is not a planning issue, and it means that somebody can acquire your view by building in front of you. This is part of the normal regeneration of a city; one might have regrets but there is nothing that can be done about it.

This work is about the sky that could once be seen through the window, and as the window became blocked, what possible compensations there might be. At one time the view was expansive and often quite magical, and always one way. No one overlooked or could look back.

As the new building blocks approached, the window became less like an eye and more like an aperture or frame in the wall which acquired a social function. At the same time as looking at something through the window, it becomes clear that the observed can look back.

This has at least two consequences. One is that it makes one a little bit more circumspect anywhere near the window, and the second is that it makes the interior living space more important. It’s tempting to relate the gradual withdrawal of the deep space view, and it’s replacement by a flat plane, grid-like wall to aspects of the development of painting in the C20; from a space behind the picture plane, to a different kind of space that starts with the picture plane.

When it becomes possible to see the reflection of one’s own window in the glass of the new building across the road, it seems as if some loop has finally been closed. Along it’s path are all sorts of issues, not all of them visual, which suggest possibilities for a more concentrated thought. If the ‘view ‘ is something desirable ( not unconnected to a sense of power) as developers are only too delighted to make you pay for, then when it is lost the only recourse is to somehow carry it in one’s head. Not unlike the desire to find a way of life in, for example, Tuscany ( ‘view’ and all that stands for ) only to find that paradise no longer exists, and that you, and everybody else, is responsible for the decay of of that state of affairs. – JD 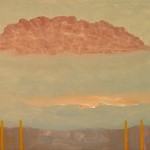 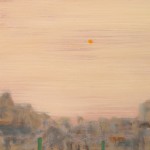 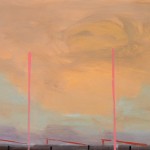 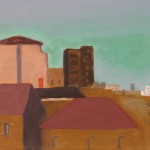 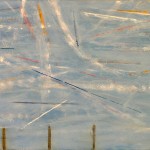 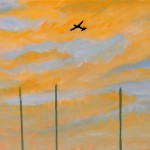 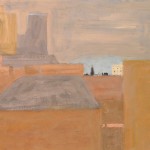 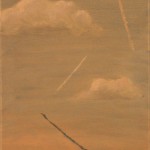 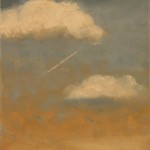 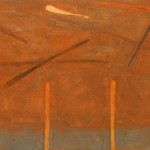 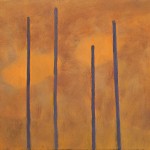 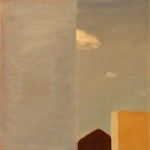 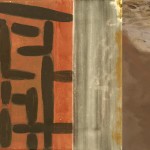 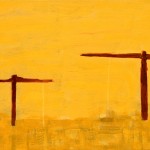 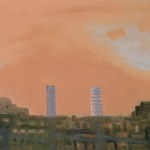 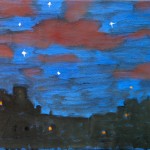 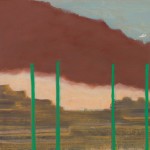 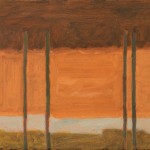 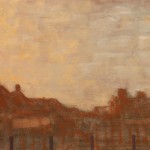 Photographs and watercolours were the starting point for the paintings. The photographs showed some of the extraordinary events of the sky that we don’t look at and celebrate enough. The incisition and ultimate dissolution of vapour trails can be spectacular but they are also poison.

The relationship of the paintings to the photographs are not to do with image only, but with both theˆ instantaneous testimony of the photograph AND it’s way of making one think about time beyond the moment of it’s taking.

With a notebook it is possible to have any ideas which risk the loss of any personal, constructed and consistant language. They do refer to ideas such as ‘ The Observer’, how one observers the Observer, how one looks, and what one does if there is nothing much left to look at. How one asks if the City one once observed has anything to do with other City’s; City’s of the mind, Ideal City’s, City’s that have been destroyed ( mostly from the sky )

The relationship of the paintings to each other is important, but so is the context since it is so much part of our enjoyment of, and unease about, the City’s we live in. 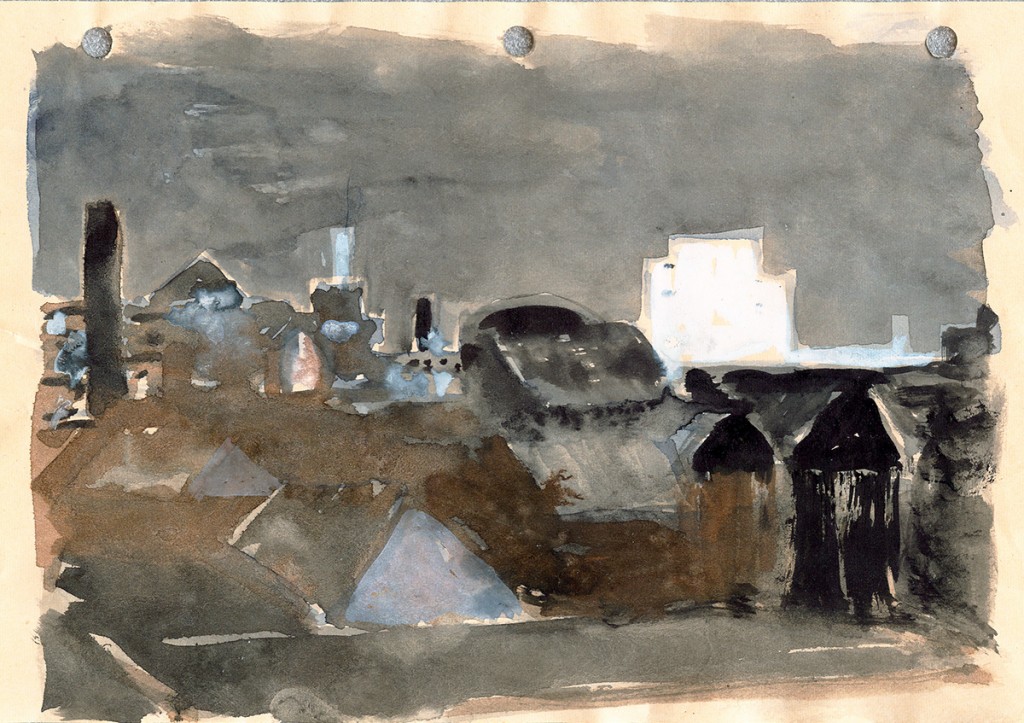